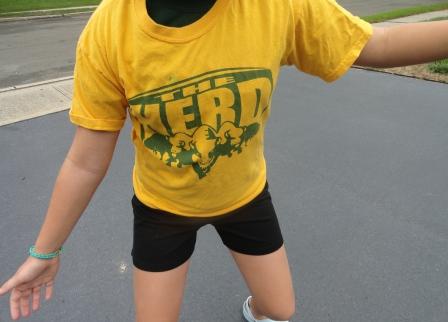 One of the harder tasks for any basketball coach is to teach his players how to play good defense. While this is true in all sports, it’s especially the case in basketball because young people are typically more excited about shooting 3-pointers and high-flying layups versus great defense.

So how does a youth basketball coach get young players to buy into the idea of defense? What skills should the coach work on to ensure his players have the right defensive fundamentals?

Well, plenty. After all, defense is something that can be taught and practiced just like any other basketball skill.

Lateral movement is most important

If youth players watch professional basketball on TV, they may be tempted to think defense is played above the rim with your hands. Although this might be true to some players, the best defensive players are able to move their feet. Efficient lateral movement will make a player and a team more successful.

Strong footwork skills allow a player to slide in front of an offensive player to cut off his driving lanes. In addition, these skills allow for tight guarding position in the post and are essential to good help-side defense.

In order to develop lateral movement skills in players, a basketball coach can use a number of drills. Many make use of slide drills, which not only teach defense but are as important for conditioning as having players run sprints.

A slide drill employs players in an athletic defensive stance, or crouch. Teach it first before using it against an offensive player.

During a shuffle workout, coaches should ensure his players stay low in their crouch. This will help to build leg stamina, increase the angle of a player's steps and allow players to cover more ground on the court.

Good coaches employ drills that have players moving quickly in one direction. Then the coach should have the players change directions each time the whistle is blown.

Teaching players to reach up on dribblers

For young players, reaching in on a dribbler is one of the biggest problems. Referees are more likely to call this as a foul, particularly when a player slaps down at the ball. It causes a player to hack the dribbler's arms, and that will almost always result in a negative play.

Instead of doing this, players should be taught to slap up at the ball. This can be much more disruptive and effective, as players are able to reach the ball without going through the arms. Coaches can lead drills in which players reach up when guarding on defense.

Though drawing charges is not something a basketball player will have to do often, it is important for them to learn the proper technique. Charge-taking drills are so important. Players should be taught to take a charge right on their chest, falling backward only after they have taken the contact.

Players should not tilt away from the charge before the contact is initiated. A great introductory teaching technique for taking a charge is to have the coach simulate the contact by allowing defensive players to hold a blocking pad while taking the charge.

One of the keys to victory

Defense is just as important as offense. It creates many opportunities for steals, assists and points.

Lamar Hull is a former Davidson College basketball player who had the great opportunity to play for coach Bob McKillop and alongside current NBA standout Stephen Curry. Lamar played professionally in Europe and currently coaches young kids to help inspire them to play at the next level. Lamar is the founder of  Inspirational Basketball, a basketball website the provides professional and college basketball tips.