Get Started Today!
Plans starting at only
$9.95/month
My Home » Baseball » Articles » Baseball Drills and Skills for the Backyard

Baseball Drills and Skills for the Backyard 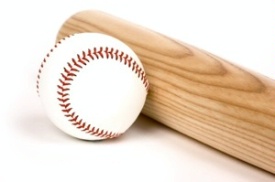 Youth baseball players can improve their skills by practicing at home

Youth baseball players can improve with simple work at home

For decades, youth baseball players honed their skills without the use of baseball academies and the gadgets that have become so popular today.

While the days of being able to round up nine kids from the neighborhood to head down to the local sandlot for a pickup game have all but disappeared, there’s still plenty a youth baseball player can work on in the comfort of his backyard, garage or basement to improve his game.

Because hitting off a tee is one of the oldest baseball drills, its impact on developing and improving a swing is often overlooked (here's a great baseball instructional video for teaching the swing stance to a young player).

“Players can accomplish a lot by hitting off of a tee, particularly by allowing the ball to get a little deeper into their swing than they may normally think about,” says Champ Atlee, the baseball coach at the Lawrenceville School in Lawrenceville, N.J.

“We try to emphasize hitting the ball right back up the middle of a field. It’s a way to keep their front foot in and also to maintain a stronger hitting posture because it drives your shoulder in and down. In order to hit the ball up the middle of the field, it forces you to step in towards the plate a little bit.

When hitting live pitching isn’t an option, Atlee suggests a simple baseball drill. First lay down a towel to imitate home plate. From there, the hitter, with a bat in hand, visualizes a pitcher delivering a pitch with the focus on anticipating a pitch location.

“It’s particularly good for working on a hitter’s balance,” Atlee says. “Once you force yourself to be aware the ball is going to arrive very quickly in different parts of the strike zone, you’ll find your set-up starting to change a little bit. You’re going to be more up on your toes and more balanced because you become aware through these repetitions of having to react to different places very quickly.”

Atlee suggest that when executing the soft-toss drill, the person tossing the baseball not stand directly across from the hitter as you often see today, but to the side and in front of the hitter a few feet.

“The idea is to flip the ball right up to the hitter’s front shoulder and to force him to spin his hips hard and to actually use the bat almost like a backhand in tennis,” Atlee explains. “You’re not supposed to hit that pitch by bringing it through your letters, but actually by taking the barrel and coming over like a backhand in tennis because top to bottom is the fastest path to the ball.”

You could field hundreds of ground balls on a given day, but if you’re not taking the right approach to the ball by staying low and coming through the baseball, all a youth baseball player is doing is creating bad habits. One way to practice baseball fielding is to throw a ball off a wall.

“I think what infielders particularly want to work on is taking the ball in motion and keeping their butts down low,” Atlee says. “They really want to think about being a third baseman because a third baseman really needs to keep his butt planted low because he can always come up for a ball but he can’t go down for it because the ball is maybe through him by that time.”