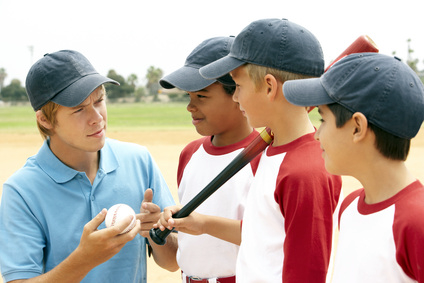 Rather than have assigned positions, the best way to coach a youth baseball team is with a roster loaded with utility players.

While assigned positions and defined roles become important to winning at the higher levels of baseball, coaches of younger teams should allow players to develop and try all positions to become more well-rounded.

“The more positions they know, the more it just helps their baseball IQ,” said coach Steve Rippee of Tivy High School in Texas. “Kids should be able to work together and know what the other is doing. It also helps at the later levels, when a kid might be forced into playing another position that they aren't usually penciled into.”

(Here's a great instructional video that will help you teach young baseball players how to catch the ball. Learn the best coaching techniques through PlaySportsTV training plans.)

Pitch counts not only protect a pitcher's arm and keep him fresh for the next game, but they also allow Little League and other youth baseball coaches to develop a rotation, which gives multiple kids a chance on the mound.

Rippee suggests a pitch count of anywhere from 35 to 40 pitches per player in a given game, a number that should allow a young pitcher to throw at least one inning and, when pitching efficiently, as many as four.

“The key with the pitch count isn't to have the kids keep track or even think of it, rather have the coaches watch it and monitor,” Rippee said. “That way a kid isn't thinking about his number, he's just trying to throw his best and play the game. If a kid plays like that, he's developing better than a kid who knows he's being micromanaged.”

While pitch counts force the coaches to change the lineup and fielding positions in a game, Rippee suggests a practice drill that requires kids to use all their skills in a short time span.

In the drill, the coach stands at home plate batting while players fill the field in normal positions. The coach then hits nine balls, one to each position in a random order.

“Outfielders need to make the putout and infielders have to either field a line drive or make a clean throw to first,” Rippee said. “The catcher and pitcher should field popups or simulated bunts.”

After the first round of hits by the coach, the players rotate and the coach hits nine balls again. The goal of the drill is to have players work on as many positions at one practice and, as Rippee emphasizes, the hits should not be in a set order.

“Keeping it random forces the kids to be ready at all times,” Rippee said. “Some coaches might want to yell where the ball is headed, but they should leave that to the kids. If they are communicating, they're getting better as teammates and individuals at the same time.”