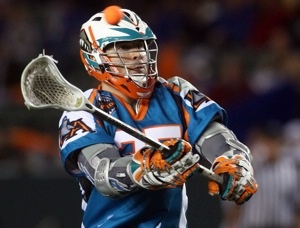 Think of all the great scorers in Major League Lacrosse history and Jesse Hubbard has outscored them all with record 247 goals. It was easy to tell he was headed to the milestone after leading the MLL in scoring in each of his first three seasons with the New Jersey Pride, totaling 53 points in 2001, a career-high 67 in 2002 and 64 in 2003. He scored 26 goals with the Los Angeles Riptide in 2008 and joined the Baltimore Bayhawks in 2009.