Get Started Today!
Plans starting at only
$9.95/month
My Home » Softball » Articles » The 10 Essential Girls' Softball Rules for Beginners 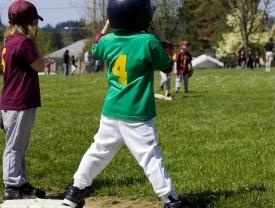 There are many important softball rules for baserunning.

From the beginning, youth softball coaches teach skills to beginners. They include how to hit a softball, how to catch one and how to throw one.

While you’re coaching softball, don’t forget to teach youngsters about the rules of the sport. No, you don’t need to test them on every softball rule – your players get enough tests in school. But explain some of the basic rules and show the players how to implement them when they are starting out with wrist snaps and an ever-developing skill set.

Following are 10 softball “rules” to accentuate during your season:

Equipment. Indeed a youth softball player needs to be properly outfitted, beginning with a glove and uniform. Batters, though, need to wear a helmet with a properly working face guard and chin strap. Catchers also must wear a protective helmet with a facemask and adjustable throat protector as well as a chest protector and shin guards that run up to the kneecap. In coach pitch, the softball pitcher standing next to the coach should wear a helmet as well.

Positions. It could take a while for beginners to know where they are headed in the field – you’ll hear a lot of “I don’t know where that (position) is.” But one by one explain the nine positions – 10 if your league uses an extra outfielder – and how each one has a specific and important job. Give each softball player time at pitcher, catcher, first base, second base, shortstop, third base and all the outfield positions.

Fair/foul territory. Explain the field dimensions from home plate all the way down the first and third base lines and that each fielder must be within the field at the start of a pitch, but can chase a ball that goes into foul territory.

Batting order. Before a game, the softball coach predetermines the order of her hitters and the team must bat in the same order throughout the game. Post the batting order in the dugout, so the young hitters can follow along and not bat out of order, which is against the rules.

Batter’s box/catcher’s box. Don’t just show a player how to position herself at the plate, explain to her that she must have both feet within the batter’s box prior to a pitch. It’s similar for catchers, too, as they must keep their bodies and equipment within their marked catcher’s box until a pitched ball reaches the box or the batter hits it.

Hit or an out. A beginner may not know to head back to the dugout if she makes an out. Explain when a batter or baserunner reaches a base safely or is out because of the defense’s successful play. Each team is allowed three outs during an inning.

Baserunner. Running the bases is one of the most fun parts of playing girls’ softball, but, yes, there are plenty of rules for it. A player must touch each bag when going around the infield and won’t score a run until she touches first, second and third base and then home plate in succession. A baserunner can’t pass a fellow runner in front of her when rounding the bases. Make sure the runners know how to slide properly, safely and within the rules.

No stealing. Stealing is not allowed on the slow-pitch level. Most leagues don’t allow leading off until the pitch crosses home plate.

Forceouts. Infielders often are taught to catch a groundball correctly and then throw to first base to force out the runner. But get your players in the habit of forcing out a baserunner at second base if there’s a runner on first, or force outs at third base or home plate if runners are headed there. Often it’s a better play than making a throw across the diamond to first base.

Sportsmanship. You can never have enough of it. It is a rule that softball players not be abusive to teammates, coaches, opponents or umpires. Plus It’s a life skill that outweighs all your softball drills and skills.

OK, if you want, it's OK to get into test-mode. Turn the softball rules into a contest. Give your players that quiz at the end of the season, and the winner can earn a prize.