Get Started Today!
Plans starting at only
$9.95/month
My Home » Softball » Articles » Use Video as a Youth Softball Teaching Tool

Use Video as a Youth Softball Teaching Tool 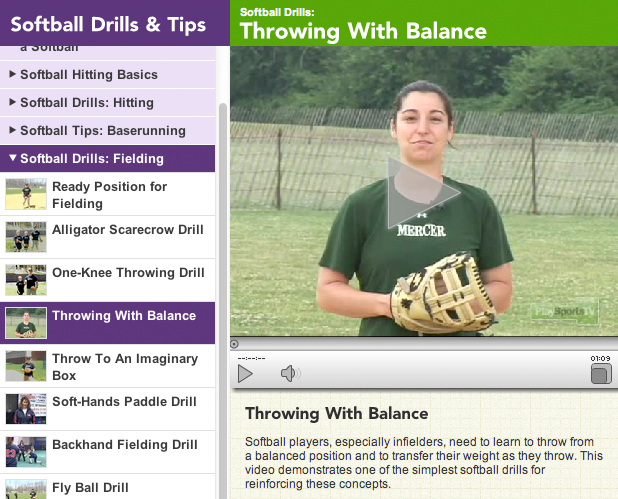 The days of football coaches huddled around a 35 mm film projector, breaking down game film, hardly paints the accurate picture of video being used to prepare a team. Video is a prevalent teaching tool no matter the sport today, starting on the youth level.

In youth softball, coaches can modify a hitter’s swing or a pitcher’s stride with easy-to-follow instruction.

“Because when you tell them face-to-face, they can’t see it,” says Heather Wells, the varsity softball coach at South Brunswick High School in New Jersey. “But when you show them, they’re like beside themselves because they can’t even believe what they’re doing (incorrectly). It’s such a powerful tool.”

Through video analysis, a coach can tape a player’s technique in practice and then review the footage to find methods of improvement. When the video analysis is shared with a player, it puts a player in the coach’s eyes. It can be both a quick and inexpensive teaching method as only a hand-held camera is necessary (although the footage can be transferred to a bigger screen such as a television).

Video aids a coach as much as a player. Its use will allow the coach to learn how to break down a skill and teach it correctly for future use. The analysis is effective for all levels, including the recreation and travel-team levels. But when shooting video of young athletes, it is important for a coach to explain the benefits to a parent or guardian and receive his or her permission.

When filming a softball player, do so from a small handful of angles. With a hitter, it’s an effective way to break down her weight shift, wrist movement and stride through the hitter’s zone. With a pitcher, the review can go from the start of her windup through the release of the ball.

“Usually I already know what’s going on with them,” Wells said. “But a lot of times, the batters themselves, they don’t believe us in what we’re saying. There’s a lot of different small adjustments that we need to make with their swing. Let’s say, for example, they have a home run swing or they’re turning their wrists over late or their stride’s too big. There’s certain drills that we do within batting practice to specifically address those issues. But if they don’t believe that they have those problems, they’re not going to work as hard at those stations. So they need to see if first-hand.

“For the pitchers, too, they’re able to focus and they can see what’s going on and how to correct certain things. And as you put them back into the game, it’s easier to correct certain issues because you just have to give them one word instead of a big conversation.”

When reviewing video, a softball coach should work with players individually and be sensitive to her age and skill. The goal is to bring a player’s ability to a higher level, so the coach must be encouraging and patient. Afterward, the player can focus on improving a skill and developing muscle memory during drills.

Wells recommends a coach not review video with a player the day before or the day of a game because she may overthink any necessary corrections and try to make too many during the game. Hold at least one practice between the video review and a game.