My Home » Hockey » Articles » How to Play Hockey: Pulling the Goalie

How to Play Hockey: Pulling the Goalie 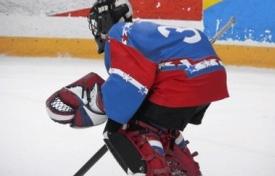 Teams usually don't pull the hockey goalie until late in the game.

It’s a strategy that seems to energize everybody playing, coaching or watching ice hockey: pulling the goalie.

But to bring on an extra forward and try to gain an advantage to score a goal, a youth hockey team has to know how to run the strategy correctly. The team that pulls its goalie leaves its net empty, so it’s not for the weak of stomach.

(Instruct the best coaching techniques through PlaySportsTV hockey training plans. Before the puck drops, a goaltender should know how to prepare the crease.)

Hockey teams generally won’t pull their goaltender off the ice until it’s late in a game and they are trailing in a game with which they likely need a win or a tie. A hockey team down one goal might wait until the final 60 to 90 seconds to pull its goalie. If a team is down two goals, it might do it with two minutes or more remaining. Of course, it isn’t safe to pull a goalie unless the puck is at the far end of the ice.

Jeff Lindquist, head ice hockey coach of the highly successful Bloomington (Minn.) Jefferson High School program, suggests that a team practice the technique during its hockey drills and to treat the situation like a power play.

“We run it a lot like our power play, only with an additional guy,” Lindquist says. “I’m a firm believer in always keeping two point men, so never give (the opposing team) the easy (way) out of the zone. Some people keep one guy on the point. I think that’s too easy (for the opposing team) to bring it to the far side and get to the neutral zone. Basically we run a power play set-up, only with an extra guy on it. If you only have one guy below the goal line, we’ll run two guys below the goal line.

“Hypothetically, we’re looking to score backdoor on the weak side. So we basically have three guys on one side and three guys on the other.”

Of course, pulling the goalie might improve a youth hockey team’s chances for only a few seconds, so its players have to get the puck back quickly if they lose it. Otherwise, the opposing team can score fairly easily and put the game out of reach.

“We don’t change our organization,” says Lindquist, whose team switches to a zone-like defense and puts pressure on the puck.

If a hockey team is desperate enough to score a goal, Lindquist believes a coach will know exactly when to pull his goalie.

“If we’re down one, it’s usually about a minute (left),” Lindquist says. “But that all depends. One, do we already have a power play? There’s a lot of variables that go into. There’s no magic time. I guess I’ve always done it by feel. Do we feel like we have the momentum? Do we have a face-off in their end?”